That’s not an exaggeration either.  When he and I sat down to work it out, we itemised all the financial impacts it had, including:

… the end outcome was the business had taken a quarter of a million dollar hit in terms of expenses outlay and revenue targets not achieved.

And that’s before we even talk about the pain of realising the wrong person had been hired, the hassle in having to go out there and repeat the process, and the time spent vetting the new candidates to replace the old one.

The inside story to this is simply that the person who had been hired wasn’t up to the job and I have no doubt many of you will have experienced the same thing.

Thankfully, I may have something to help with that.

Recruiting, onboarding, and retaining great people can be a bit of luck of the draw sometimes, but it’s kind of important to get right sooner or later.

Especially now, with many firms I’m speaking to and working with finding themselves in growth mode and needing new people to help manage the journey.

The truth is though that what should be a science, is often treated like man artform and fails as often as it succeeds.

Despite having been published in 2008, The A Method for Hiring by Geoff Smart and Randy Street remains one of my favourite books on the topic, so much so that much of the approach detailed underpins a program module I created to help firms recruit exactly the right person at the right time called Inspired Hiring.

What I most love about the book is the fact that’s it’s a research-driven insight into what works and what doesn’t.  Based on more than 1,300 hours of interviews with more than 20 billionaires and 300 CEOs, one of the most amazing insights was that it uncovered that over 50% of hires fail.

It’s a sobering thought. Every other person you hire will fail and potentially cost you.

What the A-Method put forward is the antidote to this issue, which turned a 50% failure rate into a 90% success rate.

Having applied this process for my own hires and clients, it’s spot on addressing some of the common issues that cause the common problem including:

In truth, this is just one example of the huge body of knowledge and insight which I feel is vital to share with business owners before they go down the route of investing in new staff.

It’s one of those areas where learning by doing is often the last option you want to go with if you can help it.

It’s this and other tips I’m going to be diving into with Alisdair Barr in our upcoming Masterclass on Friday 11 September at 10am (AEST). 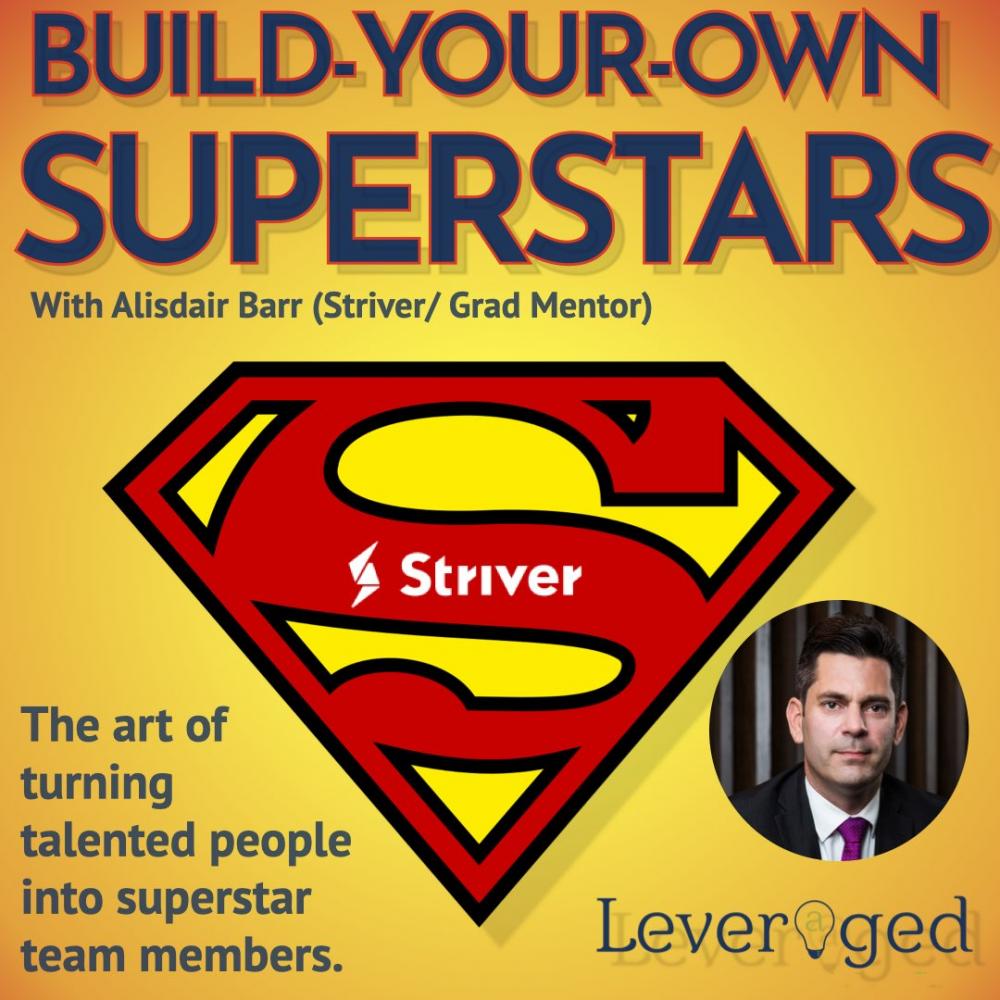 If you don’t know Alisdair personally, you may know about the ventures he’s founded; firstly Gradmentor, and now Striver.

He’s been working as the connector between advice firms who need great talent and young Graduates keen for a career in the industry, which means the insight he has into both hiring and managing talent is possibly the most complete of anyone I know in the industry.

If you’re on the hiring path and you’d like to join us to watch and listen, share in the experience he’s had and get the information you need to achieve more from your team, you can register here.